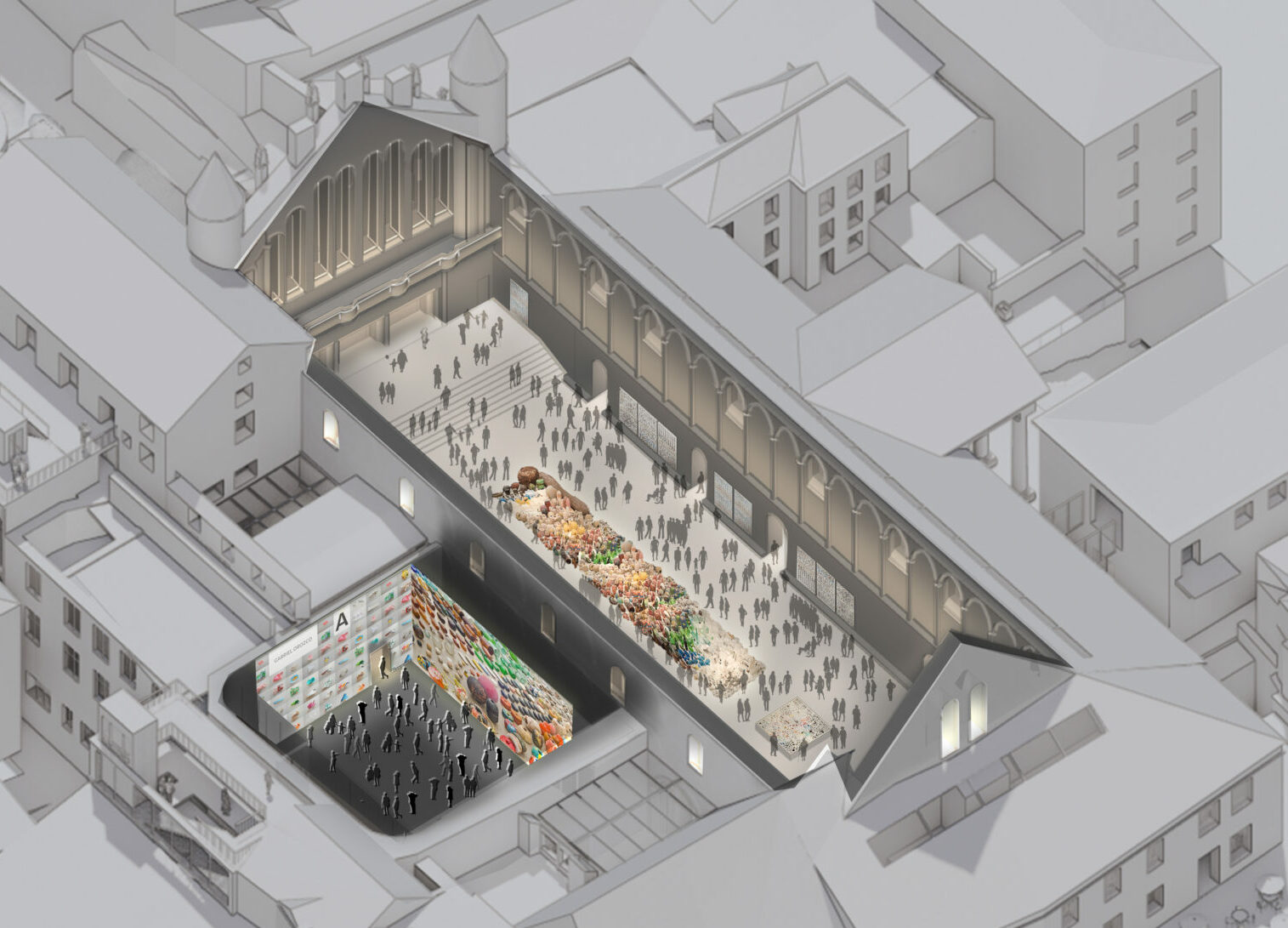 The Palais des Futurs (Palace of Futures) in Poitiers will be a place of encounter, action and invention of new artistic forms, of work, of sharing, of links between men and women… a Third Place open to all to experiment, to listen, to understand, to act, whatever one’s background and means.

Palace of the Dukes of Aquitaine :
THE PALACE OF THE FUTURE

A federative and creative platform

As a place of civil power since the 12th century, the Palace of the Dukes of Aquitaine, now the Palace of Justice, historically embodies a centralised power. However, power is no longer – and has been for a long time – the exercise of a man or a woman, however representative he or she may be, but that of democratic governance reflecting the power of a civil society that is gradually taking its future into its own hands in a collaborative manner, that thinks about and invents its future in many fields. Today more than ever, the growing concerns of society in the face of future issues as major as they are varied (such as globalisation, climate change, digital transition, today’s pandemic…) must find spaces for sharing and exchanging, for speaking out, for reflection and for action, open to all, in order to get out of the anxiety-inducing nature of the situation, to increase self-confidence and to move together towards a reinvented future. At a time when many people still think that these futures are a foregone conclusion, like the chronicle of a predicted disappearance of our world, humanity has never experienced such a situation and has never had to take up such a challenge, which can only be met collectively. Indeed,
This collaborative approach has already been emerging, locally, punctually, factually for some years. It is becoming, in France as elsewhere in the world, the main way in which our societies are built. To embody it in Poitiers, and to embody in an exemplary way these new challenges that are reinventing our world, an emblematic place is needed. A place that is part of a long history and reveals it in the future. A place that allows for all forms of experimentation, expression, exchange, forms of performance or exhibition, workplaces, laboratories of all kinds. A place which, above all, strongly supports this new ambition and embodies it, like a new form of secular spirituality: that of believing in the future. In Poitiers, this place is the Palace of the Dukes of Aquitaine and its aula, emblematic of a historical impetus and an influence through a new vision and ambition: those of weaving the threads of the future, of the futures, in connection with the public and private actors of the territory (Grand Poitiers, the University of Poitiers, the Sainte-Croix Museum, the Espace Mendès France and its Lieu Multiple, the European Image Superior School, the educational establishments and the cultural and artistic action carried by the rectorate of the Academy, the Canopée Network…) but also with one of the markers of Poitiers that constitutes the Futuroscope as well as the research centres and companies of its ecosystem. A transdisciplinary prospective vision that brings together ecology, education, creation, heritage, science and advanced technologies in order to succeed together in the environmental, societal and economic transitions underway.
The Palais des Futurs will be a place of encounter, action and invention of new forms of art, work, sharing and links between men and women… a third place open to all to experiment, listen, understand and act, whatever their background and means.

“Everyone is an actor in the future”, as the French geopolitan Virginie Raisson points out. In her remarkable book 2038 Les futurs du monde 1, she takes up the challenge of inviting the widest possible audience of readers to “explore the field of possibilities, where the future is chosen, far from prejudice and old habits”. Foresight, the science of the “future”, has never been so helpless in the face of accelerating phenomena. It therefore describes possible scenarios for the next 20 years and the cursors on which to act in order to vary these scenarios. Virginie Raisson pointed out that the challenges for the under-30s (climate change, depletion of resources, ageing of the population, etc.) are compounded by the weakness of their political representation. The vital need for them to produce a new collective narrative involves the appropriation of the major issues of society, by transforming the scale of economic and symbolic values.

The Palais des futurs will also be a transgenerational and inclusive place which, on the model of the learning city 2, “develops lifelong learning for all and thus lays the foundations for sustainable social, economic and environmental development”.

Inspiration for the hall : Buren / Hrafnhildur Arnardóttir aka Shoplifter