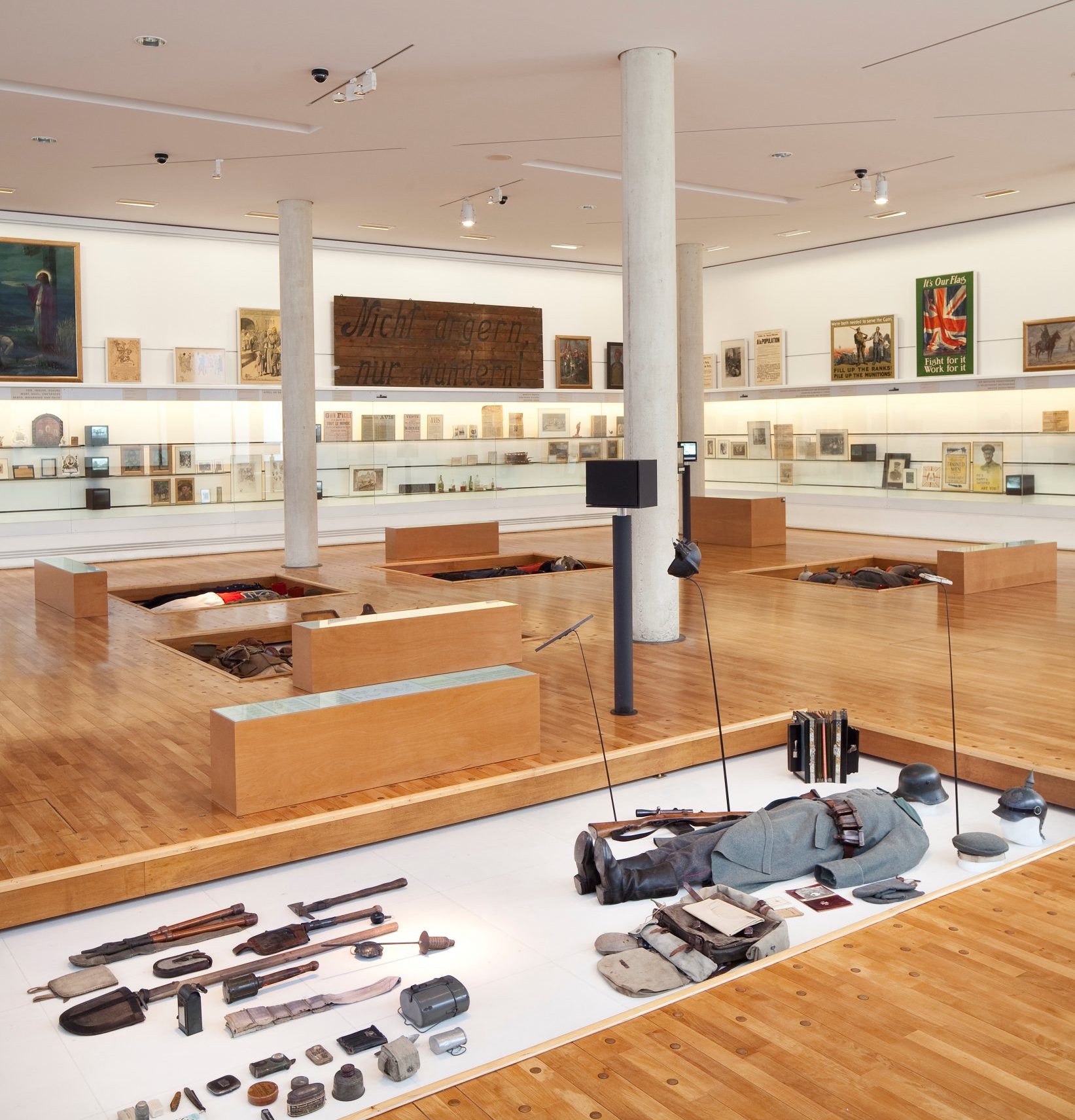 Historial of the Great War

The interpretive planning and exhibit design of the Historial of the Great War has renewed the genre of 20th century history museums for the benefit of visitors. Interpreting in space the specificities of this conflict and the historiographical approach, was the first step in the research of the architects of the Repérages agency (Adeline Rispal, Jean-Jacques Raynaud and Louis Tournoux) on the semiotic power of the exhibition and its capacity to transmit, in a sensitive way, keys to understanding a complex object such as the Great War, in order to better open up to the questioning and elaboration by visitors.

The Historial of the Great War takes an international look at the cultural and social history of the conflict and provides a better understanding of war in the 20th century.

The spatial organisation brings together the different truths of the conflict: the first global war involving the totality of society, civil and military, the two complementing each other in a vital way. The spaces are therefore not partitioned, the collections from the rear and the front are in dialogue, without mixing, because these two worlds lived through wars that were both different and intimately linked.

The collections are spatially distributed according to their level of belonging to the conflict and according to a comparative system between the German, English and French collections. Those from the front – the relics – are deposited in the centre of the rooms in four white marble pits (one for each nationality) referring to the world of the trenches and death. Those from the rear – the civil society engaged for the first time in this global war – are displayed in showcases on the periphery of the rooms on three display levels to better compare the social and cultural dimension of the conflict between the belligerents. In between are the witness objects: drawings, watercolours, paintings, engravings, excerpts from archive films… which attempt to describe the indescribable and play the role of mediators in the museum, just as artists and journalists played the role of mediators in society. Excerpts from war literature and poetry punctuate the didactic signage and also reinforce the mediation.

In the centre of the exhibition halls, the horizontality of the front museography expresses a break in the history of the wars. People no longer appeared to go into battle as heroes, as soldiers in the service of a prince, but hid like rats in trenches in the name of the nation, just like their enemies a few metres away and died together in their millions, helpless under the shells.

The historian of the Great War, located in the heart of the battlefields of the Somme, had a duty to return the soldiers’ collections to their territory.