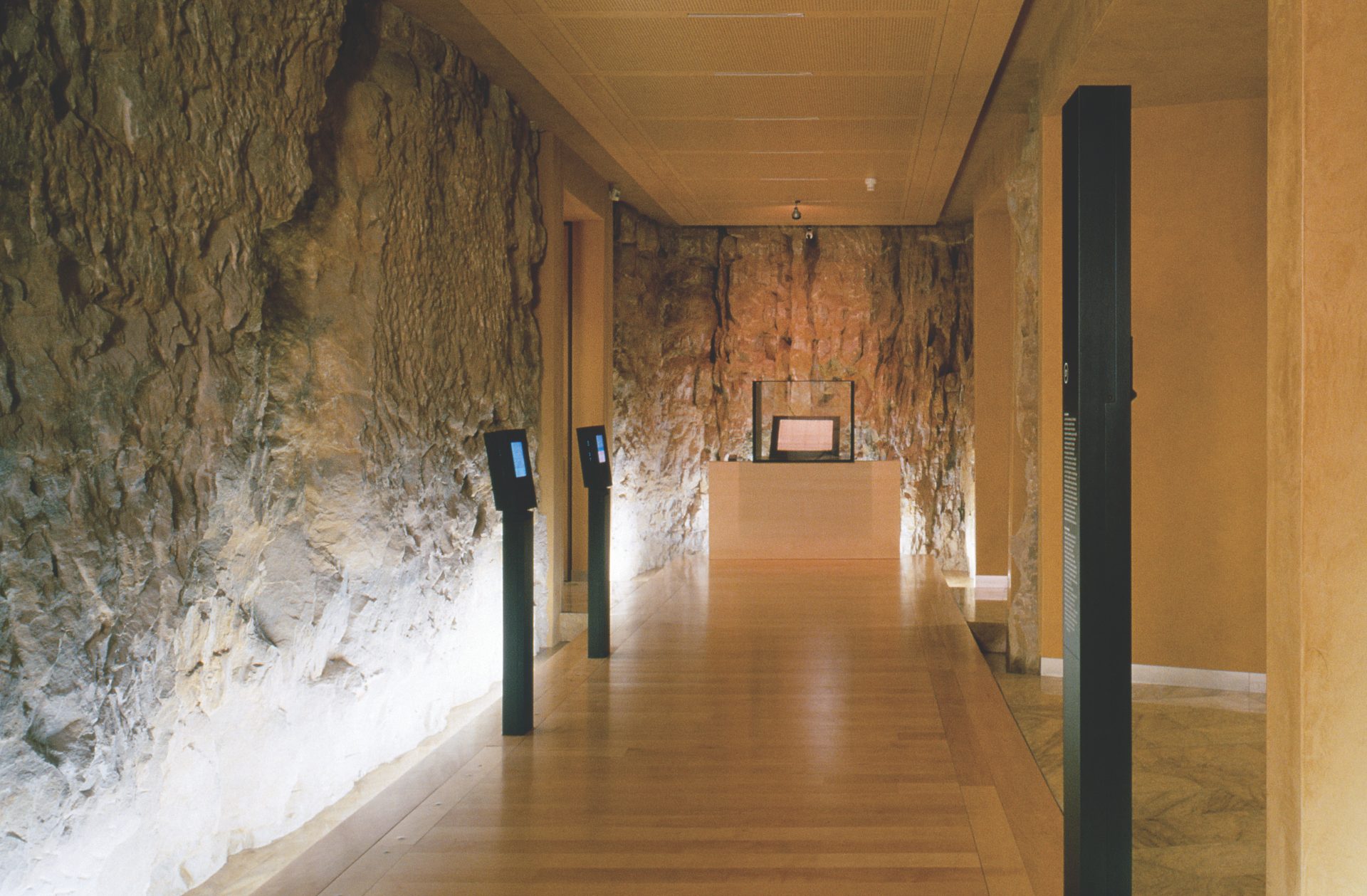 The architecture of the building, main object of the museum and characteristic of the vertical dimension of Luxembourg’s urban planning, has been designed as a walk through the history of the city through a lift room that can carry up to 60 people on 8 levels. It is also a capable structure at the service of this historiographical construction which has developed throughout the project and is still developing today.

The challenge of this new museum of city history was to create both a Third Place and a space for exchange and reflection on the identity of the city and its inhabitants, but also a place for research and exhibition of knowledge and collections in the making on the place of Luxembourg in European history.

The building, the main object of the museum, characteristic of the vertical dimension of Luxembourg town planning, was designed as a vertical walk through the city through a lift room that moves over 8 levels and as a flexible, high-performance tool at the service of this historiographical construction that has developed throughout the project and is still developing today.

The city of Luxembourg, a natural then military fortress, is today a financial stronghold and the headquarters of major European institutions.

The buildings of the History Museum are located at the crossroads of the upper town – the fortress – and the lower town – the suburbs.

A museum building that both exhibits and displays. Container and content are totally inseparable: the museum is in the city, the city is in the museum.

The territory of the city is treated in the museum as a large, hollow sculptured body: the inner courtyard has become a sectional image of the topography and history of Luxembourg. Four levels have been excavated in the rock to enlarge the museum and reveal the raw material on which its history is based.

A new entrance at the lowest level of the public spaces has been opened so that tourist routes between the cornice and the Grand Ducal Palace pass freely through the museum.

Reflecting the urban density of the fortress, the eight floors of this new complex are traversed by a glass lift room of 20 m2 and 3.5 m under ceiling. These walks in verticality are very Luxembourgish, other urban lifts make it possible to go from one part of the city to another.

The six relief-plans of the evolution of the city from the Middle Ages to the present day structure the permanent exhibition in the three excavated levels. They emerge from the ground in the same type of wood and the same orientation as the building.

The cultural and social history is displayed on the upper floors through thematic temporary exhibitions.

Flexibility is built into the design of the hanging and lighting infrastructures to make the exhibition spaces capable of being used.

Europe’s first “à la carte” multimedia museum, allows the integration of digital riches in the exhibition rooms: the media library is in the museum.

Request the pdf file of the project