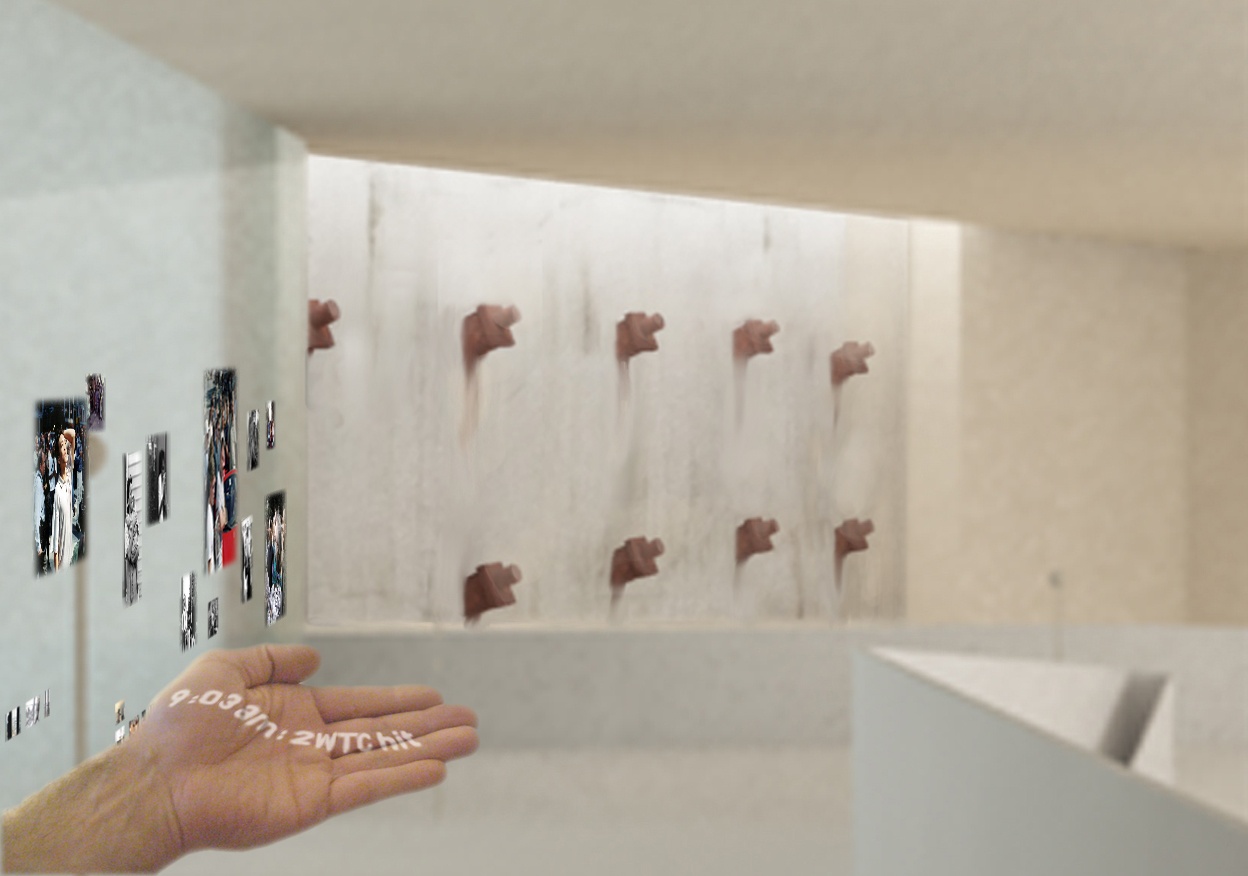 Faced with the difficulty of exhibiting an object such as a terrorist act whose hyper-mediatisation aims to provoke terror, our choice was to pose it rather than ex-pose it, in order to better think about it and to consider the visitors as contributors to the reflection rather than as visitors.

How can we account for an “indiscriminate” attack of which the perpetrators and direct victims have left almost no trace? Added to this is the inability of all the spectators of the incredible attack, including actors from all over the world present in Lower Manhattan, to grasp its immediate consequences: the disintegration of two iconic buildings and the bodies of more than 3000 people in a few minutes. Finally, there is the terrible and fascinating idea that a powerful human will orchestrated the horror.

The victims are no longer just the dead, the missing and the few wounded, but those, very many, who bear the emptiness into which the lives of all the protagonists of the Twin Towers, of Lower Manhattan and of the whole of America, until then convinced of its invulnerability, have plunged.

The “Charrette Exercise”, the last phase of the consultation phase

It is an initiatory descent towards the mausoleum constituted by the presence in the museum of the ashes of more than a thousand unidentified victims, preserved by the city of New York at equal distance from the two towers at the request of the families. The tour ends at the Grotto, a space located under the ramp, as an introduction to the permanent exhibition rooms.

On the ramp, the chronology of the drama throughout the day of September 11th 2001 is expressed through images (photos, videos,…), gradually recalled as if digging deep into one’s memory, mental images floating on a long glass wall, numerous and inaccessible images representing the nightmare anchored today and for a long time in our collective memory. The images appear and disappear slowly, projected from behind onto the slightly translucent glass wall, thus revealing the emptiness of the Grotto 14 metres below, an emptiness at the bottom of which appear the material remains of the disaster.

In the Grotto, these material remains, selected for their iconic character, also belong to this floor. They are placed there, without emphasis, without support or mount design, without ex-position or show, behind the same glass curtain which, 14 metres higher, carried the images.

Here, the glass is only transparent in frontal vision (translucent in oblique vision). It thus limits an overly spectacular perception of the crashed fire engine or the structure deformed by the impact of the plane and the heat of the fire. Each visitor can only have a partial vision, an intimate relationship with these objects and what they convey.

Everyone is bathed in the same diffuse light as the objects. The emptiness above them reminds us of the difficulty of choosing among the remains of the towers those that will become collector’s items.